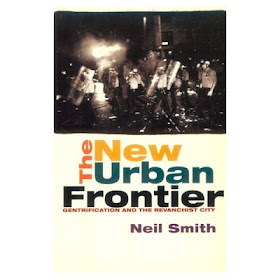 Revanche in French means revenge, and the revanchists comprised a political movement that formed in France in the last three decades of the nineteenth century. Angered by the increased liberalism of the Second Republic, the ignominious defeat to Bismarck, and the last straw—the Paris Commune (1870–1871), in which the Paris working class vanquished the defeated government of Napoleon III and held the city for months—the revanchists organized a movement of revenge and reaction against both the working class and the discredited royalty. Organized around Paul Déroulède and the Ligue des Patriotes, this movement was as militarist as it was nationalist, but also made a wide appeal to “traditional values.” “The True France, for Déroulède—the France of good honest men who believed in simple virtues of honor, family, the army, and the [new Third] Republic …would surely win out” (Rutkoff 1981). It was a right-wing movement built on populist nationalism and devoted to a vengeful and reactionary retaking of the country.


The parallels with fin-de-siècle France should not be overdrawn, but nor should they be ignored. In the current fin de siècle—indeed the fin de millénaire—there is a broad, vengeful right-wing reaction against both the “liberalism” of the 1960s and 1970s and the predations of capital. This takes many forms, including fundamentalist religion and a Heideggerian romance of place, precisely at the time when “traditional” identities of place are most threatened by global capital. In the US especially, the public culture and official politics are increasingly an expression of a new creeping revanchism. The Gingrich Congress elected in 1994, the rise of white supremacist militias, the vicious anti-corporatist right-wing populism of Patrick Buchanan, the intense emotion around anti-immigrant campaigns and the call for revenge against beneficiaries of affirmative action all point in this direction. In many ways the vengefulness of the fin-de-siècle revanchist city has overtaken gentrification as a script for the urban future.

The revanchists in late nineteenth-century France initiated a revengeful and reactionary campaign against the French people, and it provides the most fitting historical pretext for the current American urbanism. This revanchist antiurbanism represents a reaction against the supposed “theft” of the city, a desperate defense of a challenged phalanx of privileges, cloaked in the populist langage of civic morality, family values and neighborhood security. More than anything the revanchist city expresses a race/class/gender terror felt by middle- and ruling-class whites who are suddenly stuck in place by a ravaged property market, the threat and reality of unemployment, the decimation of social services, and the emergence of minority and immigrant groups, as well as women, as powerful urban actors. It portends a vicious reaction against minorities, the working class, homeless people, the unemployed, women, gays and lesbians, immigrants.